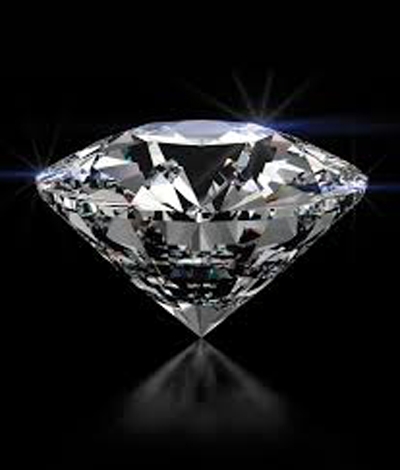 Diamond - the birthstone for the month of April - mesmerized people for over millennium. The word “diamond” originated from the Greek word “adamas,” which means “indestructible.” Ancient records show that diamonds were first discovered in ancient India around 800 BC. Two popular folk traditions stated that diamonds were created by lightning strikes or were the remnants of God’s tears. In 13th and14th century, the advancement of trading routes from Asia brought diamonds to Western Europe. By 1330’s, Venice became established as the diamond cutting and trading center of Europe.

In 15th century, improvements in seafaring technology increased diamond exports from Asia and allowed for establishment of Amsterdam and Antwerp as major diamond processing hubs (Antwerp remains a major diamond center to this day). Not only diamonds were extremely rare, there were not many practical and effective ways to cut and polish diamonds. This made diamonds of Medieval Europe look distinctly different from the ones we are used to seeing today.

Cutting technology and availability of diamonds increased in 17th and 18th century, which made diamonds more available to the members of less prominent aristocracy, the merchant class and other wealthy groups. Late 19th century laid out the foundation of the modern diamond industry and drastically changed world’s attitude towards diamonds. The newly established and extremely productive diamond mines in South Africa greatly increased the supply of diamonds on European and bourgeoning American diamond market. Plentiful supply of diamonds increased availability and reduced the prices of diamond jewelry in the 20th century. Aided by modern and effective marketing, made diamonds not only affordable but extremely desirable. For the first time in centuries, diamonds became available to the average consumer.

But what draws people to diamonds? Diamond’s spectacular physical properties are to blame for its allure.Well-cut diamond possess great beauty.The magnificent play of light that you can witness in a diamond is unimaginable in any other gem. Diamonds come in a variety of colors: yellow, brown, red, pink, blue and orange. Its extreme hardness make it very difficult to work with. Being the toughest mineral on Earth, diamond can cut and scratch other materials, but no other material can do the same to the diamond. Despite the increases in diamond production, diamonds remain rare and desirable gemstones - a true King of Gemstones.